How to use ez Mission License in PUBG-MOBILE 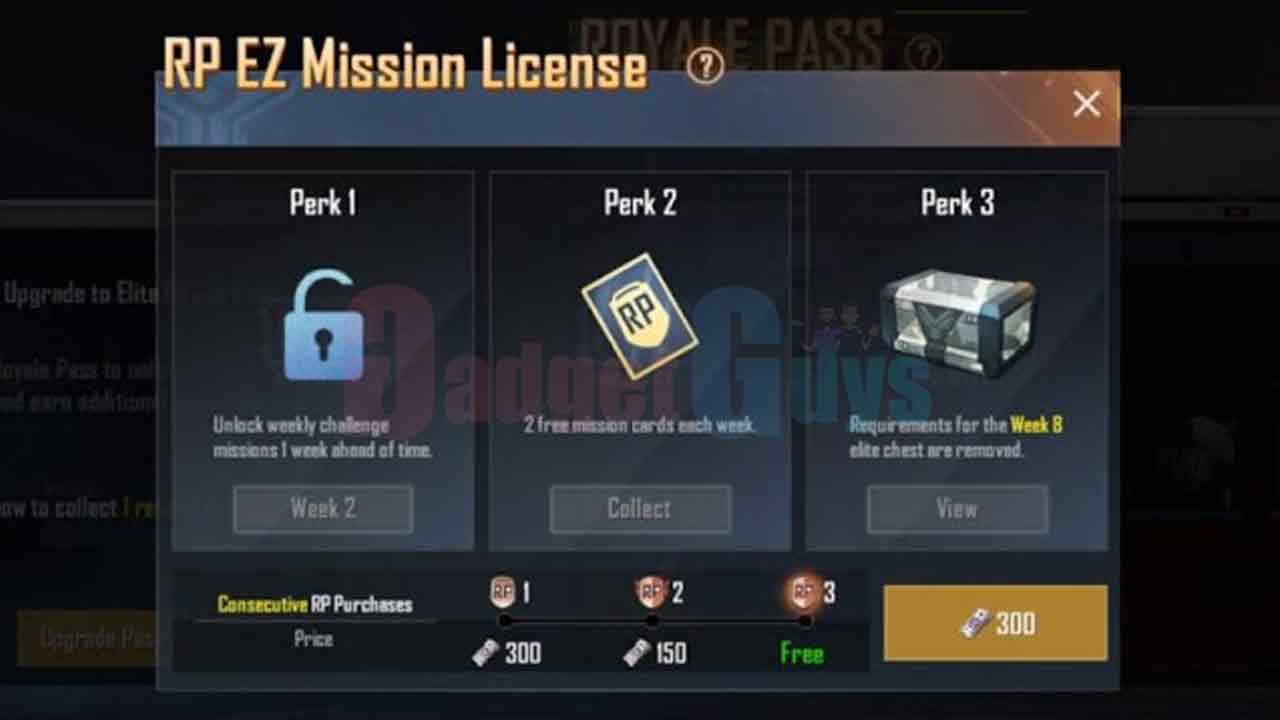 How to use ez Mission License

Hello my gamer friends…in season 7 tenscent added a new feature called rp ez mission License.
There are 3 parks in it. 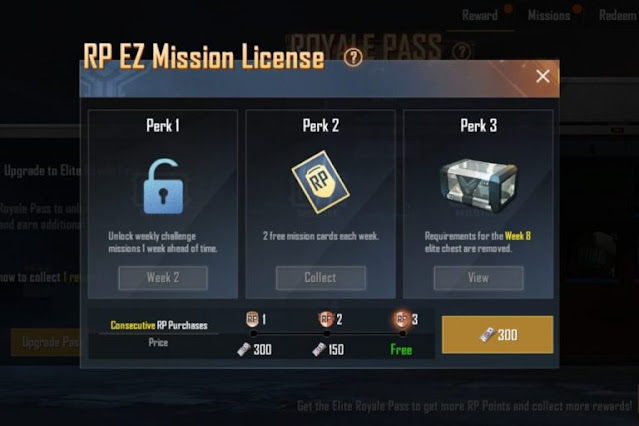 he can unlock all challenge missions by week 7.

Park 2: now park 2 will give the players 2 additional mission cards each week beginning at week 1 until the end of the season.
players can collect the mission cards for each week during that week.

And now park 3 will skip the 10 mission requirements in week 8 to open the elite chest of the week.and the player can open the chest directly.